Shopping Cart
Your Cart is Empty
Quantity:
Subtotal
Taxes
Shipping
Total
There was an error with PayPalClick here to try again

Thank you for your business!You should be receiving an order confirmation from Paypal shortly.Exit Shopping Cart

Founder of the Black Groomer’s Association-BGA

Member of The Master Groomer Council for Best Practices MGCBP

Member of The National Cat Groomers of Institute of America NCGIA

Member of The National Dog Groomers Association of America NDAA

Michelle has always had a passion for animals. As a young child, she knew that she wanted to work with animals as a living, at the time the only career that she saw in that capacity was a veterinarian. After an upsetting encounter in her High School biology class, Michelle’s dreams of working with animals were temporarily derailed. She began a career in accounting, but her heart was always centered on animals.

In 2002 her dreams were reignited when she began a career as a bather at a major pet supply company. From her first encounter with a soapy, brown-eyed dog Michelle knew that she was on the right track. She attended their in-house grooming school and was quickly promoted to salon manager. Michelle’s thirst for knowledge lead her to seek additional training outside of the corporate structure where she began enhancing her skills through national competitions and certification. She was encouraged by upper management to become a mentor/trainer for new stylists due to her skill of recognizing and encouraging her team member’s hidden talents. Michelle opened the door for many stylists despite facing a lot of corporate racism herself. She has always fought for the underdog. She has often been called a Drill Sargent as she is hard-working, demanding, and determined but she never asks anyone to do anything that she would not do herself. One of her greatest accomplishments while in the corporate world was fighting to hire and train a hearing-impaired woman and helping her to realize her dream to become a groomer. When people tell Michelle it cannot be done, she will work tirelessly to prove you wrong.

In 2010, Michelle left the corporate structure to plant her roots as a mobile groomer where she formed Clean Paws Mobile Pet Services. Her services offer top-quality mobile pet grooming with the knowledge that she has obtained. The service also offers dog walking and pet sitting for her established customers. She has embarked upon an adventure that took her love for grooming to a new height. Starting was not easy, due to the turn in the housing market, Michelle had no equity in her home to use for the purchase of a new truck. Determined to make it on her own, Michelle liquidated all of her cash assets and purchased a used grooming truck affectionately called “Proud Mary.” Michelle became the first Black-Female mobile groomer in Northwest Indiana. It was during the formative years of her fledgling business that her dog fell ill. Having put everything on the table, she had no additional funds to help her pet. While standing in the vet’s office and feeling the weight of hopelessness, a fellow pet lover overheard the conversation. As he paid for medication for his pet, he instructed the office assistant to use his card to pay for Michelle’s dog’s care. It was an unspeakable act of kindness that she never forgot. She pledged with herself that if she ever got the opportunity, she would pay it forward.

In 2014 Cause 4Paws Gary was born. An all-volunteer 501(c)(3) non-profit animal welfare organization dedicated to improving the quality of life for pets and their Guardians in underserved communities with affordable responsible pet services, reducing pet overpopulation, keeping the family pet in the home, and building dog parks to strengthen the animal-human bond. Through this organization, pet owners have been assisted with pet food, veterinary care, and rehoming services. Cause 4Paws Gary has donated pet life-saving equipment to the Gary, Hammond, and East Chicago, Indiana Fire Departments.

Michelle’s organization was the first to host several pet-related events and outreach clinics in the City of Gary. Currently, Cause 4Paws Gary has been locked into a 9-year battle with the city to build an off-leash community dog park.

From 2011 to the present Michelle has made several accomplishments including being a founding member of the Black Groomer’s Association, penning several grooming-related articles, completing several certifications, and serving on the Master Groomer’s Council for Best Practices to help establish industry guidelines and standards for groomers. Michelle is the first Black female to do so. 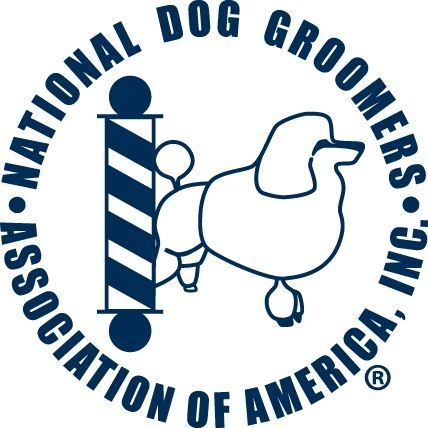